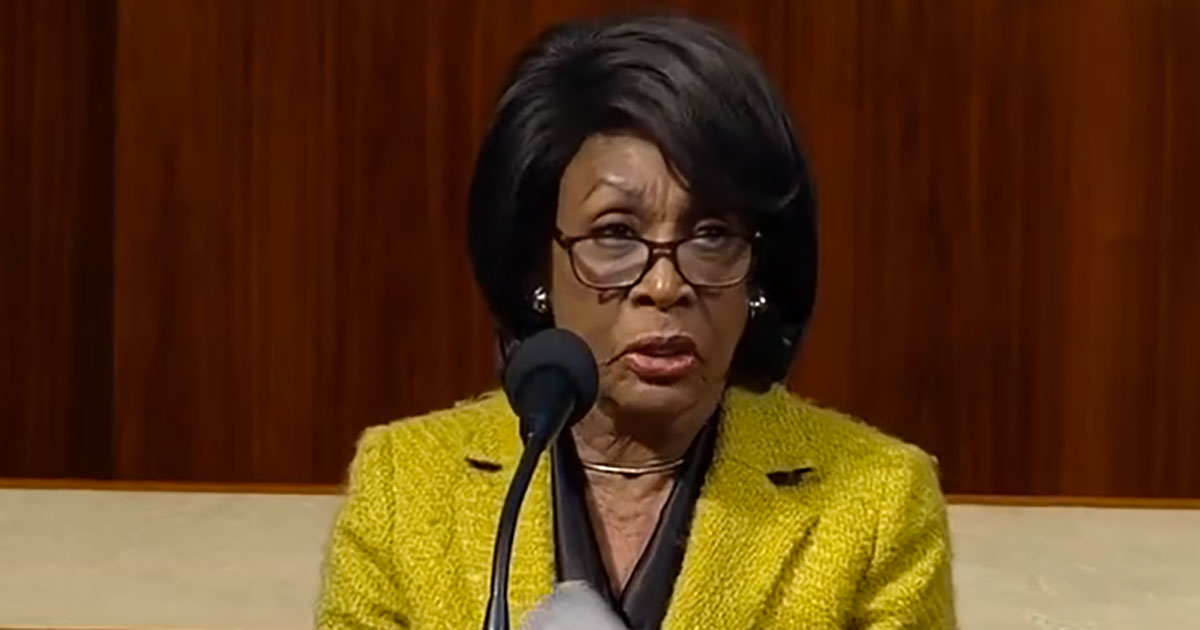 Hey everyone, I will be speaking on the House Floor today at approx 5:20pm ET about #impeachment.


Unfortunately, House rules prevent me from saying everything I’d like to say, but I will share my full message about all of the reasons why 45 should be impeached this evening.

Speaking before the House of Representatives Wednesday (Dec. 18), Auntie Maxine let the Cheeto-in-Chief have it while explaining why she’s 100% for him being impeached.

“When someone shows you who they are, believe them the first time,” Waters said, quoting the late great Maya Angelou.

She continued: “This day was not inevitable, but it was predictable, because this president has shown himself time and time again to believe that he is above the law. He has no respect for our Constitution or our democracy.”

“Yes, I called for Trump’s impeachment early,” Waters continued. “This is our country. Our foremothers and forefathers shed their blood to build and defend this democracy. I refuse to have it undermined.”

Following the conclusion of her 3-minute speech, Auntie Maxine was met with a well-deserved round of applause from the House floor.