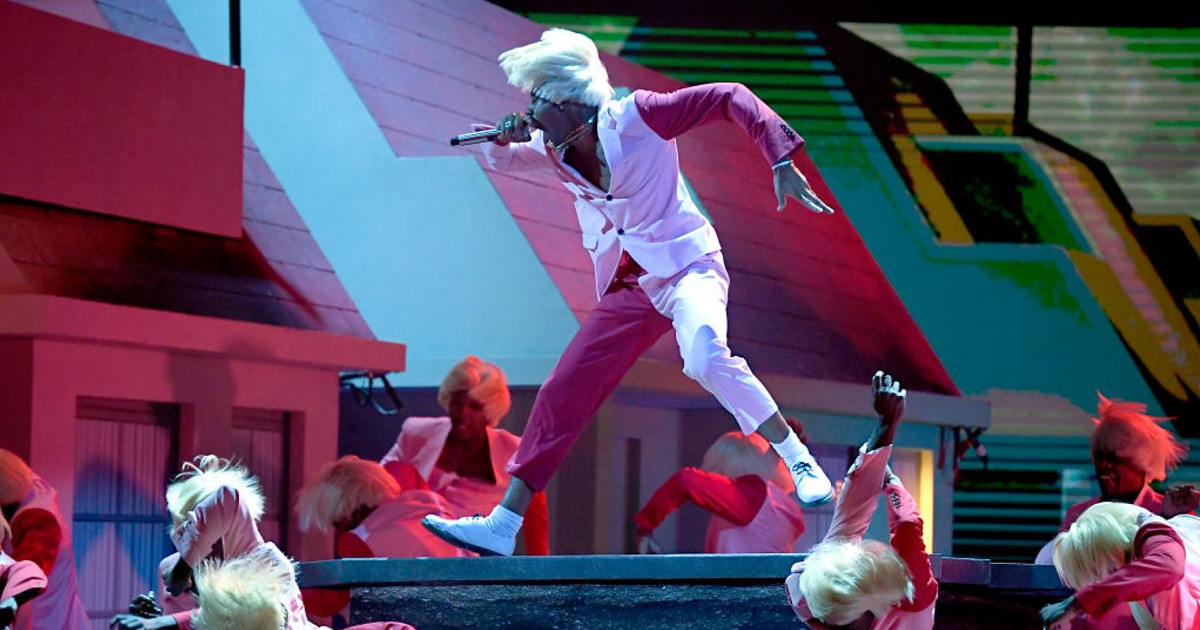 Tyler, the Creator just made his Grammy performance debut, and let’s just say he made a memorable impression.

He then transitioned to “New Magic Wand” and embraced his inner rocker, shrieking into the microphone with erratic movements. Similarly-dressed professionals dancers (also rocking blonde bob wigs) then joined in.

Tyler ended the interesting performance by falling backwards seemingly into the fire behind him.

The rapper is nominated for Best Rap Album for Igor.